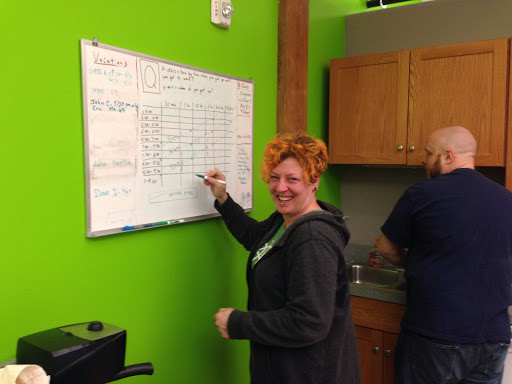 One would think, with a company made up of thirty folks, we’d have the opportunity to interact with each other on a daily basis. The truth is, though, that we’re all so dedicated to our projects that it’s easy to forget to take time to engage with those whom we don’t closely work. Add to that a flexible schedule that doesn’t dictate lunch at noon, and you have a group of like-minded people who might not see each other all week! Aside from passing at the water cooler, where topics such as going car-less, Vagrant setups, and the next MadJS meeting are discussed, we use the break room whiteboard to passively get to know our fellow co-workers.

A daily office poll question is displayed and answers are usually pre-determined. One particular poll caused quite a stir about the definition of a “game” and how playing certain video games can be as mentally and physically taxing as some field games. 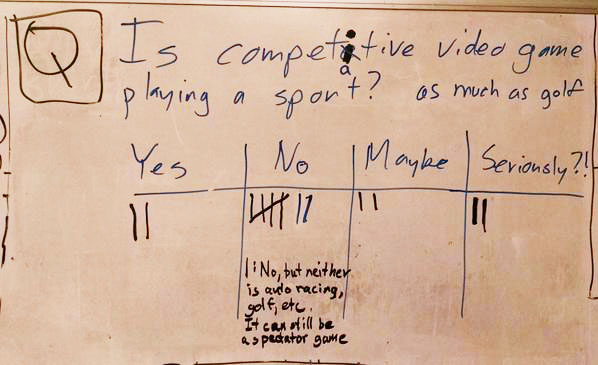 Popular movies and actors are also featured in the poll. One such question sussed out the geek credibility of the participants. 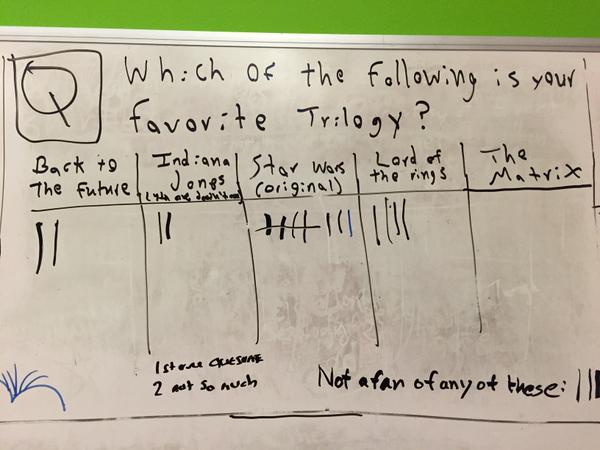 We also uncover our reliance on technology in and out of the office. 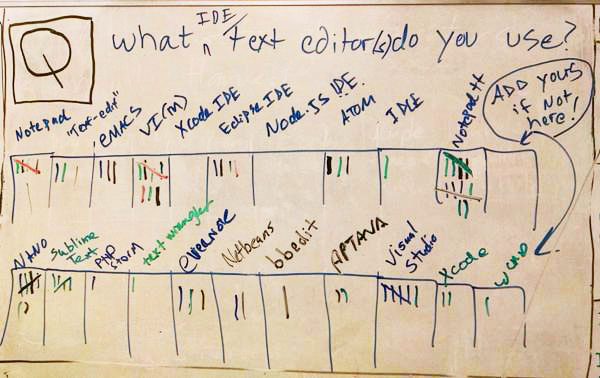 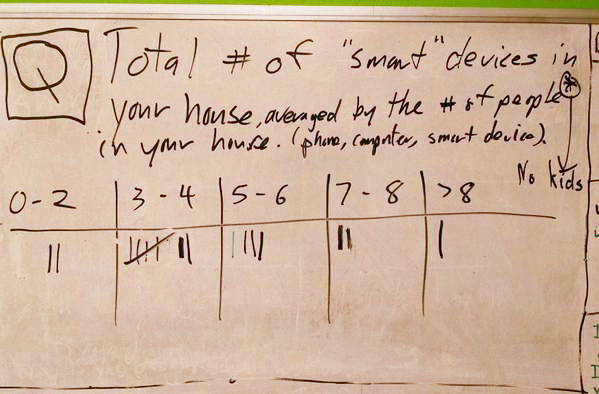 To keep up with the never boring, always interesting goings-on here in the Earthling Interactive office, follow us on Twitter! https://twitter.com/WeAreEarthling