When the (joke) suggestion to use Erlang for the X website came up, Josh and I had a bit of GIF/JIF debate over proper pronunciation. Josh, like many developers, asserted that the Swedish company Ericsson developed it and hence it is the Ericsson Language. I seemed to recall that it was actually named for someone and not the company at which it was developed, so I had to engage in a bit of pedantry. Below is the result of my research culminating with a response from the Danish Embassy in D.C. 🙂 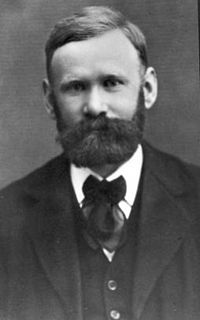 Why is Erlang called “Erlang”?

Erlang is named after the mathematician Agner Erlang. Among other things, he worked on queueing theory. The original implementors also tend to avoid denying that Erlang sounds a little like “ERicsson LANGuage”.

Erlang is allegedly named after the Danish mathematician Agner Krarup
Erlang, so you should use a Danish pronunciation. “Er” is pretty
close to “air”, but “lang” is not like in “language”. The “a” is
shorter and harder than that. To pronounce it, say “long”, but pull
your lips back instead of pouting, so you get a sound closer to the
“a” in “ahh”, but shorter. If it helps, think of German “a” sounds.

I spoke to someone on the phone at the embassy about a somewhat odd question I’m trying to answer. I’m wondering what the proper pronunciation of a Danish surname (Erlang) is. I’m specifically interested in it because there is a programming language named for the Danish mathematician and engineer Agner Krarup Erlang.

There seem to be two camps, with one favoring something like ur-lang (with the last part sounding like the end of “bang”) and another pronouncing it air-long. I happen to prefer the second pronunciation.

Thanks for contacting the Embassy of Denmark.

I am no expert except for being a native Dane. The first part is closest to ‘air’ – but the latter part has a short a. Your preferred pronunciation might be closest but is also not completely correct as you have the long sound and an ‘o’ sound instead of the ‘a’.

Now it is up to you to decide whether this settles the debate.